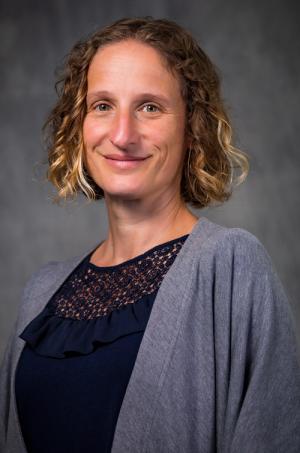 Tracy Langkilde is internationally recognized for her research in herpetology, the biology of amphibians and reptiles. Her recent work has been at the interface of ecology and evolution, focused on understanding how organisms’ behavior and physiology are matched to their environment, and how they respond to novel selective pressures imposed by global environmental change. She came to Penn State in 2007 and has served as the department head of biology since 2016. Langkilde was appointed dean of the Eberly College of Science on August 24, 2020.

She began her academic career in 2007 as an assistant professor of biology at Penn State and advanced to associate professor in 2012 and then professor in 2016. She has been a leader in graduate and undergraduate education and programs in biology, and over her tenure at the University has trained 8 postdoctoral scholars, 13 doctoral students, and 2 master’s students, as well as more than 60 undergraduates in her research program. Langkilde has also championed a number of initiatives advancing inclusion, equity, and diversity at Penn State, promoting excellence in research and education, and engaging students, faculty, and alumni across the University, and she continues to mentor graduate and undergraduate students in her research lab, located in Mueller Laboratory.

Langkilde earned her bachelor’s degree in 1999 from the School of Tropical Biology at James Cook University and her doctorate in 2005 from the School of Biological Sciences at the University of Sydney, after which she pursed postdoctoral studies as a Gaylord Donnelley Environmental Postdoctoral Fellow at Yale’s School of Forestry and Environmental Studies for two years prior to her first academic appointment at Penn State. For her research, Langkilde was named Distinguished Herpetologist—the field’s top honor—in 2019 by the Herpetologists’ League, an international organization of people devoted to studying herpetology. And in 2011, she received the Edward D. Bellis Award in Ecology for her outstanding contribution and dedication to educating and training graduate students in Penn State’s Intercollegiate Graduate Degree Program in Ecology. Langkilde was also as a featured researcher in one of the most widely used biology undergraduate textbooks, Campbell Biology.