Wanda Jones and Ala Stanford honored with 2022 Alumni Fellow Award

This year’s award ceremony will be livestreamed for remote viewing. Those interested in tuning in can do so by registering for the event. Registration is free but will be required to access the livestream link. The program takes place from 6 to 7:30 p.m. ET on Wednesday, Sept. 28.

This year’s recipients from the Eberly College of Science are Wanda Jones and Ala Stanford. 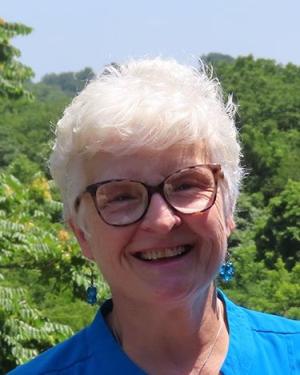 Dr. Wanda K. Jones graduated from the college with a bachelor's of science in 1976. She is the associate director for research and scientific integrity and acting director of the Office of Research Integrity in the Office of the Assistant Secretary for Health (OASH) in the U.S. Department of Health and Human Services (HHS).

In March 2020, the Federal Emergency Management Agency (FEMA) invited Jones to lead a 35-member team to facilitate actions between FEMA, HHS, and the White House on the Defense Production Act and its use in the COVID-19 response. In 2017 she completed a 14-month temporary assignment in the Office of the Assistant Secretary for Preparedness and Response, where she led development of the update to the Pandemic Influenza Plan, and the policy framework for its implementation.

Jones also served as the deputy assistant secretary for health and the director of the Office on Women's Health, where she emphasized the elimination of health disparities, addressing HIV/AIDS and violence against women, supporting women with disabilities, and helping women have better access to healthcare services and programs. She also established and led the Office of Women’s Health at the CDC. Since 2008, Jones has served as the U.S. Principal Delegate to the Inter-American Commission of Women

Jones received the Presidential Rank Award as a Meritorious Executive of the Senior Executive Service in 2011. She also received the Outstanding Science Alumni Award from The Eberly College of Science in 2017.

In addition to her Penn State degree, Wanda also holds a master's degree and doctorate of public health from the University of North Carolina, Chapel Hill. 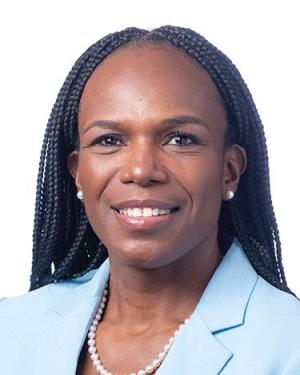 Ala Stanford, M.D., graduated from the college with a bachelor's of science in 1991 and from the College of Medicine in 1997. She is the founder of the nonprofit Black Doctors COVID-19 Consortium. The consortium started in the early days of the COVID-19 pandemic, when testing was scarce in the Black and Latinx communities where people were dying the most. So, Stanford rented a van, set up shop in church parking lots, and started swabbing noses. Between April 2020 and October 2021, the Black Doctors COVID-19 Consortium tested more than 25,000 people for the coronavirus and vaccinated more than 75,000 Philadelphians. Because of her work, Philadelphia was named the number one city in the nation for vaccinating people of color.

During these clinics, Stanford found it was common for people to ask her advice on other medical issues. She realized the services she was providing were just a small part of battling the health inequities that exist for underserved populations. In response, her group founded a more comprehensive, preventative care, health equity clinic, the Dr. Ala Stanford Center for Health Equity (ASHE), which offers blood draws for lab tests, X-rays, behavioral and mental health care, and wellness checkups for adults and children, plus standard immunizations and flu shots. Stanford’s ongoing efforts have made her a national symbol and advocate for equalizing access to health care for people of color in disadvantaged communities.

Stanford received the Pennsylvania Society’s 2021 Gold Medal for Distinguished Achievement, given annually to a prominent person in recognition of leadership, citizenship, and contributions to the arts, science, education, and industry. She also received the national George H.W. Bush Points of Light Award in 2021 for the critical role she played in Philadelphia’s pandemic fight. The award honors individuals who demonstrate the transformative power of service, and who are driving significant and sustained impact through their everyday actions and words.

Stanford was the one hundredth person honored with the The Philadelphia Award, given annually to a citizen of the Philadelphia region who has acted on behalf of the best interests of the community. Among the city’s most cherished, meaningful, and prestigious awards, past recipients have included some of the most distinguished Philadelphians, including industrialists, educators, lawyers, political figures, scientists, physicians, clergy, social activists, philosophers, musicians, artists, architects, and writers.

About the Alumni Fellow Award

The Alumni Fellow program is administered by the Penn State Alumni Association in cooperation with the University’s academic colleges, campuses and the Office of the President.

Alumni are nominated by a college or campus as leaders in their professional fields and accept an invitation from the president of the University to return to campus to share their expertise with students, faculty and administrators.

Visit the Alumni Association’s website for more information on the honorees and the award.