Professor Emeritus of Statistics and Mathematics 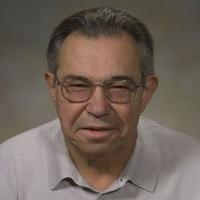 Dr. Tempelman's work and interests were inspired by and closely connected with the scientific activity of the Moscow probability group led by A. Kolmogorov. His main fields of interest include laws of large numbers and ergodic theorems. These theorems present a rigorous approach to the study of a fundamental law of nature: stability of averages of random processes. They are exact statements that guarantee this stability under some conditions of "weak dependence", stationarity with respect to time translations or with respect to some other groups of transformations. Theorems of this kind are fundamental to statistics and statistical physics. In particular, these theorems are used to prove consistency of statistical estimates. Some "almost periodic" non-random processes have a similar property of stability of averages, and it appears that this fact and the ergodic theorems for random processes are special cases of some general statements that show the common nature of these phenomena. Study of these "average stability laws" is the main topic of Dr. Tempelman's papers and books. He has also considered various applications of this theory to statistics and statistical physics. Dr. Tempelman also studies the Hausdorff dimension of fractal sets.