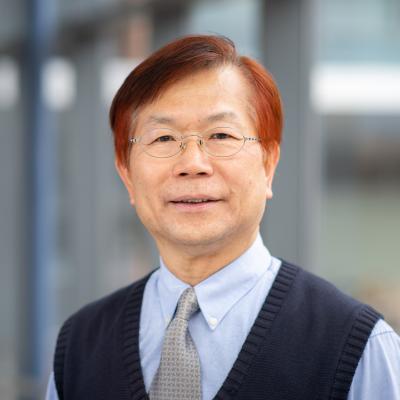 His research focuses on statistical methodologies related to business, industry, and government. In particular, much of his work has been in the area of data mining; experimental design; quality assurance, including the quality-assurance method Six Sigma; statistical process control; reliability; and response-surface methodology -- a statistical technique for examining the relationships between “explanatory” and “response” variables and subsequently optimizing the response variables. Lin also uses supersaturated design, which allows him to investigate many variables using a relatively small number of experimental runs. To do his work, Lin makes use of statistical tools such as statistical modeling, number theory, Bayesian inference, optimal-design theory, optimization, and time-series analysis. He currently is working on problems related to dimensional analysis, internet search engines, and data science.

He has published nearly 250 Social Sciences Citation Index (SSCI) papers in a wide variety of journals. He currently serves or has served as an associate editor for more than 10 professional journals and was a co-editor for Applied Stochastic Models for Business and Industry.

Lin is an elected fellow of ASA, Institute of Mathematical Statistics (IMS), The American Society for Quality (ASQ) and RSS, an elected member of the International Statistical Institute (ISI), and a lifetime member of International Chinese Statistical Association (ICSA). He is an honorary chair professor for various universities, including a Chang-Jiang Scholar at Renmin University of China. Before joining the faculty at Penn State in 1995, Lin served as a faculty member at the University of Tennessee, Knoxville.